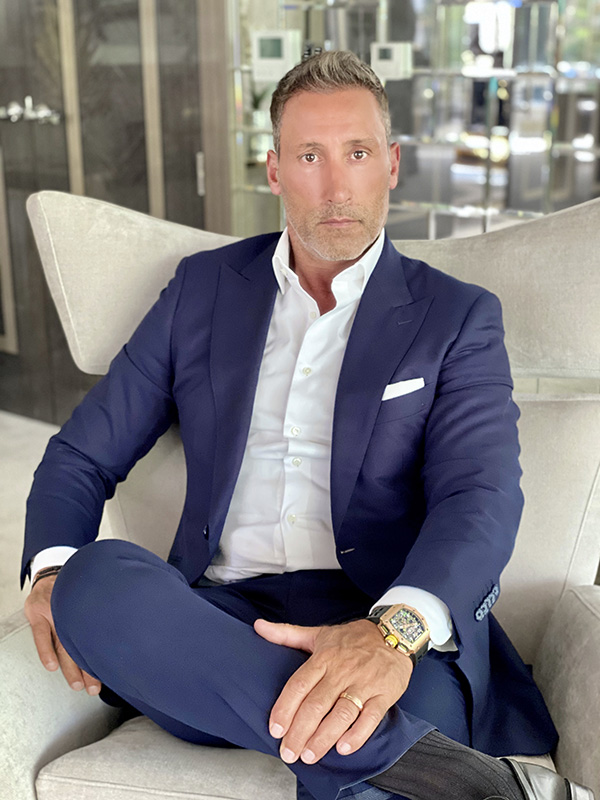 Born in the East end of London in 1966 to Greek Cypriot parents, Andreas’s upbringing centred on family, hard work and never taking anything for granted. These family values are still at the core of every decision Andreas makes. From humble beginnings, he learnt from his parents, the fundamentals of embracing life; of looking at creating opportunities to enhance the well-being of those around him; and ensuring respect and relationships were the foundations of the principals he would learn and adopt.

As first-generation immigrants in the UK, his parents worked tirelessly to provide for their sons.  They founded a successful launderette business in the East end of London, with Andreas spotting the opportunity at a young age to offer a delivery service for those people on his estate.  This quickly developed into a core revenue stream for the family business, which enabled his father to start a property business, The Ability Group.  Andreas worked closely with his father, subsequently taking over the reins and becoming the Group Chairman and CEO.  The Group was established with the Panayiotou family dynasty in mind.  Everything, Costas (Andreas’s father) aspired to was for the benefit of future Panayiotou generations, something Andreas is proud to have continued with.  This has driven and enabled The Ability Group to succeed in the UK and European property investment markets through development and investment in residential, commercial and hotel assets.

His life experiences in East London, Andreas was able to identify at an early age that there was an increasing demand for residential housing in the area. Armed with this knowledge, Andreas turned his attention to the unwanted, dilapidated buildings in the areas where he knew residential housing would thrive. London was being regenerated and Andreas was in the eye of the storm, reshaping and renovating these areas of London into areas which have become the cornerstone of thriving, innovative communities.

It was this skill of spotting the potential and predicting future trends that made Andreas so successful and the Ability Group a property empire. From the residential sector where Andreas started, he broadened the presence of the Ability Group by carefully investing in other asset classes.

The success of the Ability Group is unfounded. It is thanks to Andreas’ eye for potential which led him turning small run-down buildings in unfashionable areas in London and creating outstanding apartment conversions. However, it is his experience and expert knowledge of the market that led him to pioneer the concept of build-to-let in London.

Across Islington, Hackney and Clerkenwell, Andreas saw the trends of the residential market and made his impact quickly, successfully and delivered over a long-term plan. This concept led to the Ability Group having over 7,000 residential units which had a value of over £1 billion.

Andreas envisions the long-term strategy rather than the short-term gains. This makes the Ability Group stand out against other property developers. Instead of selling properties for a quick profit, he used his experience of the London property market to provide a robust and long-term benefit through build-to-let and property management.

While Andreas’ eye for potential has been the driving force for strategy, it is his energy and enthusiasm which continues to take the Ability Group to the next level. With a desire and appetite for the ever-progressing industry of property development, the growth rate the group achieved was phenomenal.

Previously Andreas focused on the brownfield sites and using his skills to transform pre-existing buildings into something new, with a higher purpose. However, in 2000, Andreas took the company in another direction and began his first new build project. The new build project was a development on Kingsland Road, an area Andreas knew well from growing up in East London.

In the early 2000’s the group continued to grow and look for new opportunities. One particular opportunity lay in mixed commercial and residential development in Islington. A major project for the group was the development along Dalston Lane and Central Street in the area. With this, detailed planning and precise application, Andreas and the Ability Group developed over 1,000 new apartments and 50 retail units, revitalising and regenerating the area for local residents.

This experience evolved into the Group developing large scale new build residential development opportunities in Canary Wharf – another area of London which has seen dramatic regeneration over the past 20 years.  From conversions in Canary Wharf he also developed new build residential development , Ability Place and Ability View, creating over 850 new build apartments.  Ability Towers, Ability Plaza and Ability View have imprinted Andreas’s designs and innovation into the London skyline for years to come.  Ability became the largest private landlord in London during this period.

However, Andreas became concerned that the residential market had become saturated and that his development model could not continue to find and develop the opportunities the group had become accustomed to.  Prior to the 2008 international economic crisis, Andreas saw the necessity to exit the residential market, thereby capitalising on the growth in the Group before markets collapsed.

This judgement enabled the Group to expand and vary its portfolio into the hotel sector, as this was identified as the nearest in asset class to replicate the achievements in the residential markets. Soon followed acquisitions of UK and European Hotels.  The Group currently owns a number of hotel assets, with thousands of rooms, providing job opportunities to thousands of people.  Hotels span the length and breadth of the UK and Europe.
Relationships include Hilton, Doubletree by Hilton, Hampton by Hilton, Crowne Plaza, Radisson, Park Inn, Club Med, Travelodge and Premier Inns.  The balance in the portfolio enables the group to benefit from guaranteed income, turnover leases and managed assets, with the Group taking a hands-on approach to each asset it owns.

This strength in depth has enabled the Group to ride the waves of the reported economic crisis over 3 decades; self-financing through the COVID 19 Pandemic, and now being primed to take the Group forwards.  In many ways the journey has just begun.

Andreas’s business interests are a direct reflection of his personality.  Focussed, driven, innovative but with an underlying sense of fairness and equity.  His recent relocation to Greece is a s a direct consequence of his desire to embrace a different culture and a different way of living – but at the heart the underlying principles of his culture and his focus on family are directly in line with his new home.

The next few years will prove to be some of the most exciting periods of his life and career. 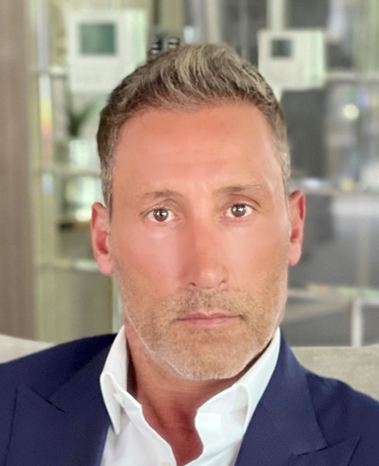 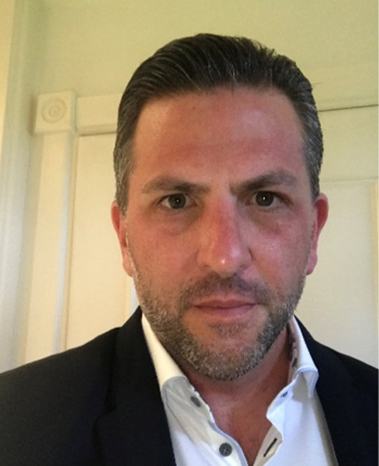 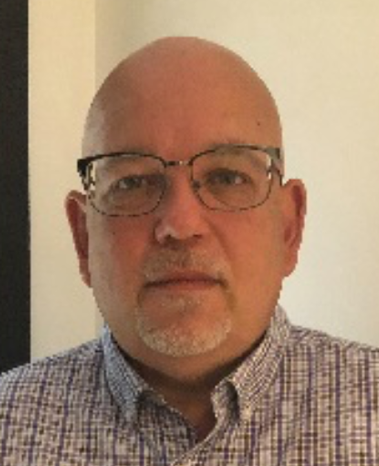 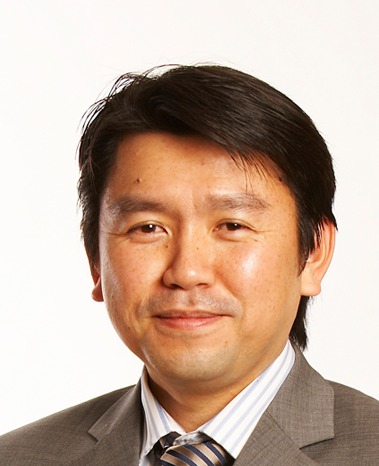 Thank you for your enquiry. Your message has been sent. 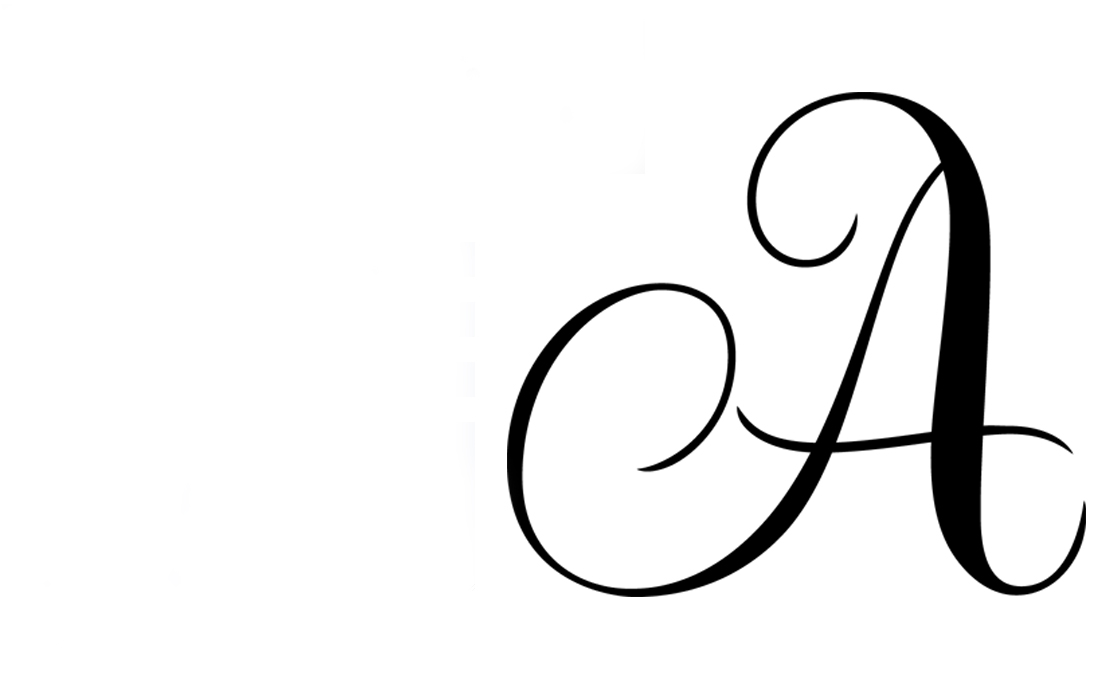